The LORENE project started under the impulse of Jean-Alain Marck on January 1997. In the fall of 1996, Jean-Alain proposed that our numerical relativity team abandon the Fortran 77 language in favor of an object oriented language. Jean-Alain studied two such languages: ADA and C++, and concluded that C++ was more appropriate for our needs. Consequently, on 1 January 1997, we started to use C++ and wrote the first classes of what will become the LORENE library. Very quickly it appears that the object oriented approach allowed by C++ was more powerful and more reliable than the (Fortran-based) procedural approach we used previously. The time for development and check of codes for treating somewhat complex problems was significantly reduced with respect to that of our Fortran epoch. We became enthousiastic about C++ and decided to abandon Fortran. In 1999 Jean-Alain got a cancer and after more than a year of struggle he died in May 2000. His sharp mind and outstanding capabilities to forge ahead will inspire the LORENE project for ever. 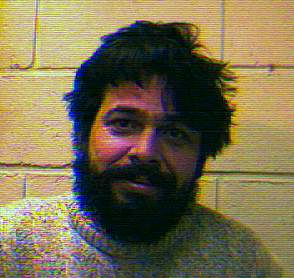 LORENE version 2 (the present one) has been developed from February 1999 mainly by Eric Gourgoulhon, Philippe Grandclément and Jean-Alain Marck. They have been joined in October 1999 by Jérôme Novak. These researchers belong to the  Departement d'Astrophysique Relativiste et de Cosmologie (DARC) until 31 December 2001, and Laboratoire de l'Univers et ses Théories (LUTH) since then. LUTH is a joint research laboratory of CNRS, Observatoire de Paris and Paris 7 University, located in Meudon, near Paris.

At 1 September 2008, the people who have contributed to the C++ part of LORENE are (in alphabetic order):

The F77 part of LORENE has been developed by (in alphabetic order):

Back to LORENE home page